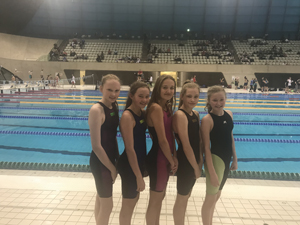 We took two teams to the County round of the National Schools Relay Championships held on 11 October 2017. Our Year 9 and 10 Intermediate team just missed out on qualifying this year for the National Finals despite a fabulous effort, finishing in 5th place for both the medley and freestyle relays.  Well done to Amelia (Captain) and Ruth(10 Omega), Beth (9B), Amélie (9 Alpha) and Caitlin (9 Omega).

Congratulations to our year 7 and 8 swimmers who competed at the same event and won their medley relay and freestyle relay heats and qualified for the National Finals which took place on 18 November 2017 in the Olympic Pool.

Our times at the County round ranked us in 23rd place nationally in the freestyle relay and an impressive 9th place nationally for the medley relay.  However, at the National Finals, the girls exceeded all expectations.  In their freestyle relay, they finished 6th in the country and 8th in the medley relay.  Farnborough Hill are now known nationally as being in the top 10 schools in the country for swimming, an amazing achievement.  236 schools took part in the national competition - this is outstanding!

In netball we have been focusing on getting our league matches played.  We have 9 teams in district leagues and each team plays other teams resulting in lots of matches.  We have played 21 matches this half term, winning 19 and losing just 2.  We are in strong positions in all the leagues to have a really successful season. 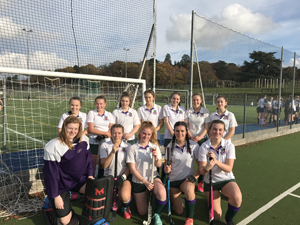 This has been the term of the county hockey tournaments.  The first was the U14 County Hockey Cup held in Southampton.  The girls played with grit and determination throughout the tournament and we finished in 5th place.

The U13 In2Hockey tournament was next.  The level of hockey improved as the tournament progressed and the girls played with good intensity in their final few matches.  The girls competed well and created more shooting opportunities as they adjusted to the high standard of these fast-paced, skilful games.  Overall, the Year 8 Team finished in 5th position in their pool.

The U16 Hockey team competed at the Hampshire Trophy competition.  They won their group stage matches without conceding a single goal.  In the semi-finals, they played Island Free School, winning 2-0 and then faced Bedales in the final, winning 2-0 and becoming Hampshire Hockey Trophy Champions. 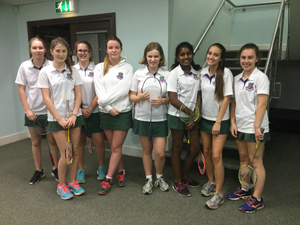 District badminton has taken place this term.  We entered four KS3 teams and three KS4 teams into the tournaments.  There was some tough opposition and very closely fought points.  Our team consisting of Megan (8 Omega), Anna (8 Alpha), Parami and Lauren (both 9A), finished as winners of the Years 7-9 tournament, having remained unbeaten throughout the tournament.  These girls will now progress to the County Round which will be held later in the year.  Well done to all the girls who took part. 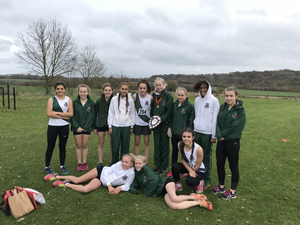 Cross Country Cup
Our Junior Cross Country Cup Team competed at the County round of this event and qualified for the South East Regional Finals in Kent.  This stage of the compeition involves the top schools from Hampshire, Surrey, Sussex and Kent.  The girls ran very well on a tough course finishing in 10th place overall.

Emma (9A) has also been selected to represent Surrey at the Southern Inter-Counties Cross Country championships. 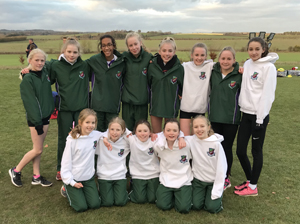 Years 7, 8 and 9 Inter Schools Hampshire County CompetitionThe full set of results have not yet been made available so we do not yet know where our Year 8 team finished overall, but we are certain they finished close to the top 3 schools.  Well done to the Year 8 team of Rosie and Katy (8 Omega), Ruby (8 Alpha) and Helena (8A). Our Year 7 team finished in 4th place, just missing out on bronze medals by only one point.  Well done to Amelia, Ava, Evelyn and Clara (7 Alpha) and Mia (7A).  Our Year 9 team finished as winners and are this year's County Team Champions. Well done to Emma (9A) who also gained a silver medal, finishing in 2nd place and to the rest of the team, Anna (9 Alpha), Livvi and Lois (9A) and Caitlin (9 Omega).

View SOCs Sport for easy access to Sports information with details about fixtures, results and news.  Please keep an eye on it over the coming months.