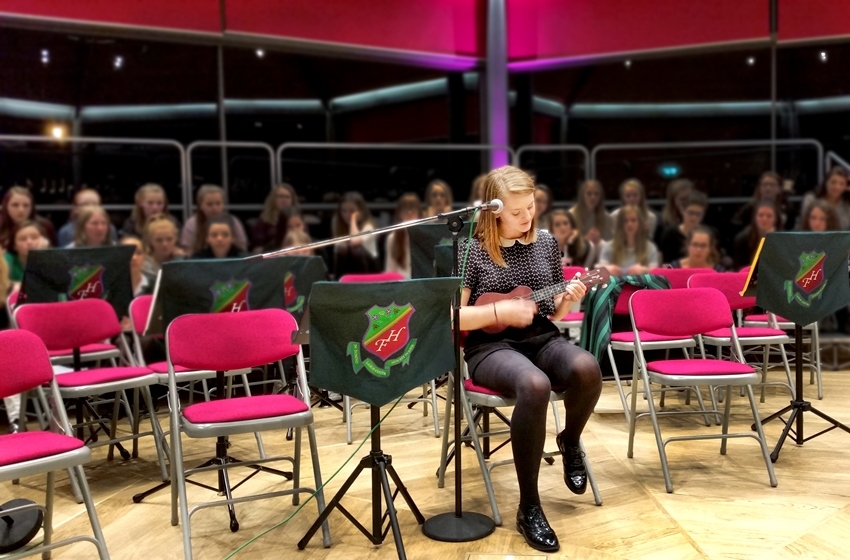 On Wednesday 21 October 2015, the Music Department hosted the first Musical Soirée of the year in the Choir Room of St. Cecilia's. Having been welcomed by the Swing Band, a large  audience enjoyed fine contributions from Wind Band, Flute Choir, Recorder Consort and String Group, whose performance of a medley of BBC television theme tunes was given complete with costumes. Also on the programme were a selection of solos and duets, including a fine performances from Music Scholars Hannah (Yr7) and Susannah (Yr11).