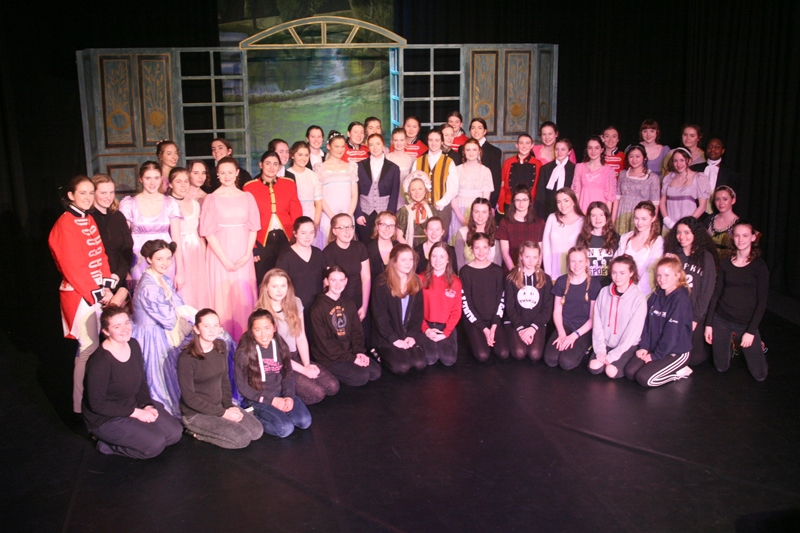 The annual school production is a high point of the school calendar and this year has been no exception. Performances of Pride & Prejudice, an adaptation based on Jane Austen's famous novel by Helen Jerome, took place in the Theatre on the Hill to capacity audiences on Wednesday 8 to Friday 10 March 2017.

Involving a double cast and a committed team working backstage, this was a major undertaking which resulted in polished, witty, authentic and thoroughly enjoyable performances. The acting was superb and particularly impressive given the enormous number of lines that needed to be learnt alongside the girls' academic and other commitments. They appeared to take this all on with ease and goodwill.

The essence of this famous story was achieved really well in this clever play and the girls were able to bring the 18th century to life through their excellent acting. Expert chroreography, learnt through workshops with choreographer, Diana Scrivener, meant that the set-piece dances were very professonal and added to the authenticity of the production.  Period detail was further enhanced with carefully researched hair-styles and costumes, some of which dated from the time.  The simple set, together with lighting and sound effects completed the experience.

Congratulations to everyone involved!