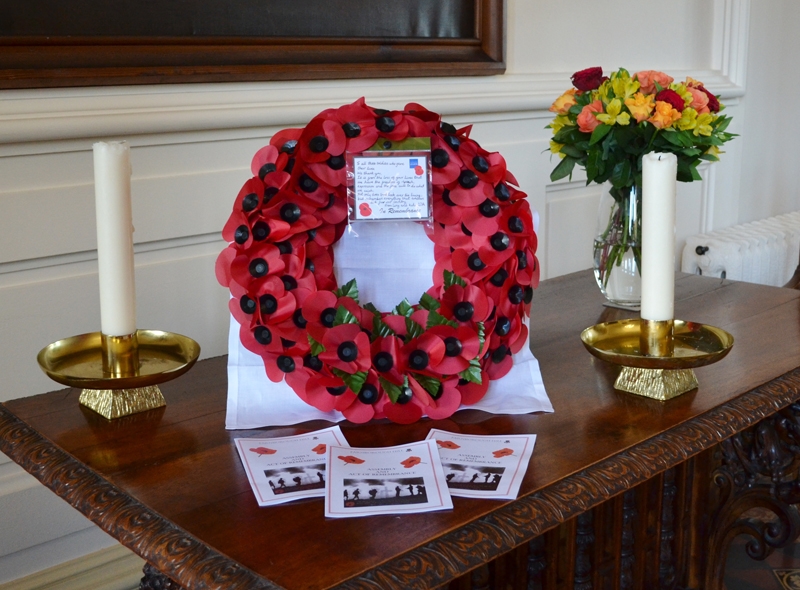 On Monday 7 November 2016, we held a special Assembly and Act of Remembrance for the whole school in Chapel.  This was an opportunity for us all to remember the sacrifices made by so many during past and present wars.  The service included a talk by Mr Gillingham who made the vast numbers we often hear seem more real and personal by providing details about individuals and by including his own experiences as the son of a Royal Navy serviceman.  'In Flanders Field' was read by Catriona (12WIN) and an excerpt from 'For the Fallen' by Laurence Binyon was read by Isabella (13MAC).

The choir sang the beautiful and appropriate anthem - 'Let us now praise famous men' by Vaughan Williams and 'O Valiant Hearts' by John Stanhope and the whole school joined in with 'Abide with Me'.

There was a sense of real respect during the service, especially when the wreath was laid on the Altar.  Attached to the wreath was the following message from Lucy and Kate (both in 10A):

We stood in silence for two minutes following the Last Post played hauntingly by Miss Warwick - the crystal clear tones of her trumpet, ringing out from the Tribune and sounding so beautiful in Chapel, were exceptionally moving.

Following prayers, the whole school filed out in silence.