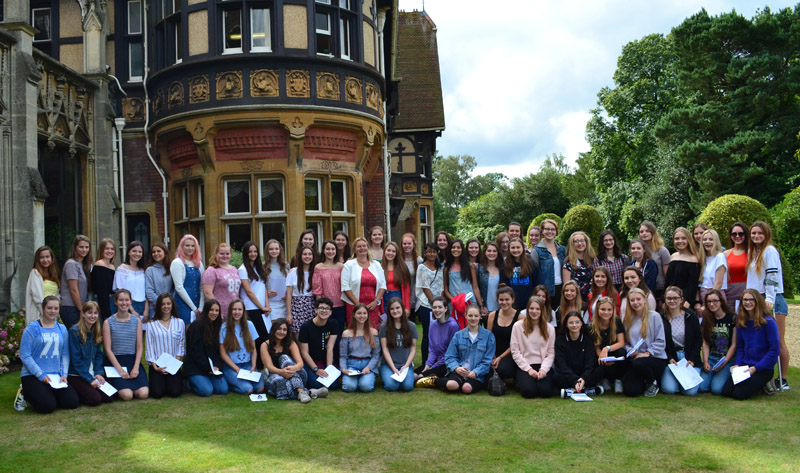 Smiles, joy and congratulations were the order of the day as girls received their GCSE results on Thursday 24 August 2017.  Taking government changes in their stride, they kept their focus to achieve an impressive 86% A* - B, with 59% of all results graded at A*/A.  The big story was that an amazing 51 girls, over half of the cohort, achieved A*/A in 6 or more subjects.

This was the first year of major changes to the GCSE examinations with English, English Literature and Mathematics being graded on a scale of 9 to 1.  The new grades of 8 and 9 are equivalent to an A* under the previous system. (For ease of reference A* below includes grades 8 and 9).

Mrs Alexandra Neil said ‘’ The girls have all worked really hard for their GCSEs despite the unsettling nature of being the first cohort to sit these new examinations.  The partnership between school and home with the girls at the centre has been a great success.  I am hugely grateful to our teaching staff for their commitment and hard work.  The girls are a delightful year group and I look forward to welcoming them back into the Sixth Form in a couple of weeks.’