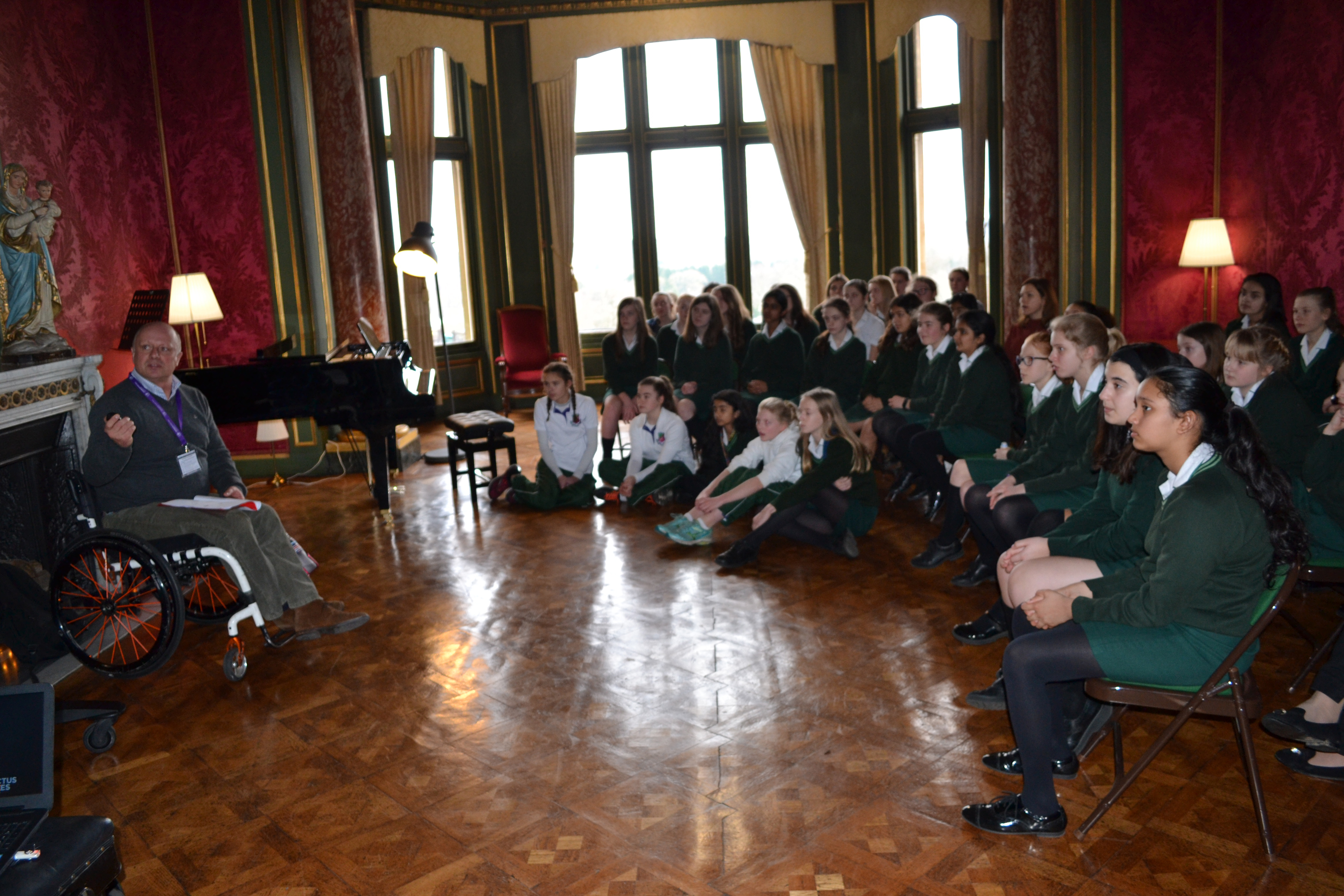 Pupils at Farnborough Hill were thrilled to welcome Spencer Bull, Vice Captain of Team UK at the 2018 Invictus Games. Spencer spent 29 years in the Army as an Infantry Officer, serving in Northern Ireland, Bosnia and Kuwait. In 2005, he was diagnosed with Multiple Sclerosis (MS) and now relies on his specialised wheelchair to continue with daily life. Fed up of just watching sport, he sought out opportunities to participate in the sports he had previously enjoyed. He worked hard to manage his condition, gaining strength and skill and earning the position of Vice Captain of Team UK for the Invictus Games. He competed in four disciplines in Sydney: athletics, cycling, sailing and swimming.

Spencer gave an inspirational talk during Assembly, followed by a thought-provoking workshop on resilience with Year 7.  He finished off with a lunchtime Think Tank session for pupils from other year groups, including our Academic Scholars. The girls were able to consider and discuss all sorts of issues raised by Spencer, as well as asking questions about the Games and his experiences of living with MS.

They added; ‘it was an inspiring experience and we all really enjoyed it.’

Year 13 student, Ellie, was equally inspired commenting; ‘Spencer’s message of trying everything at least once and taking all the opportunities that come your way is particularly relevant for the Upper Sixth who will soon be going to university.’